A few weeks ago, I wrote about Doxo, a newly launched startup, building what Microsoft, Checkfree, and others were unable to achieve a decade ago: an ebilling hub that consumers actually used. A number of the comments, and private emails I received, were skeptical given that history.

But today the startup put itself on the map with the launch of its first biller, Sprint, with nearly 50 million customers (press release). Interestingly, Sprint has been relatively successful in converting customers to paperless billing with 23% adoption (note 1). But that still means the company generates around a half-billion bills annually.

Because Doxo charges Sprint a fraction of what it saves when its customers turn off the paper statement (a requirement to use the system), the telecom giant has little risk in partnering with Doxo. 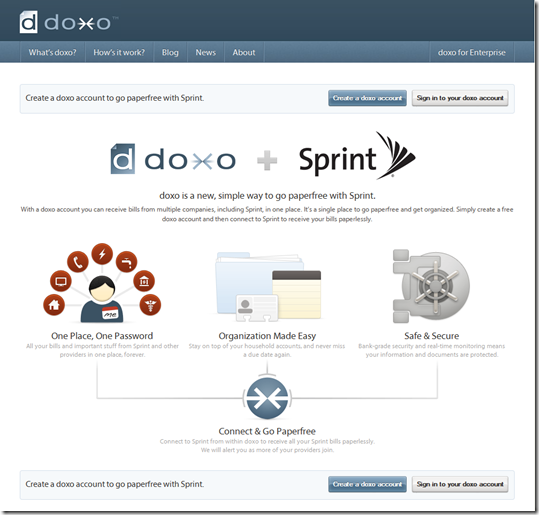 Note:
1. Many billers have found it difficult to drive paperless adoption beyond the 20% to 30% mark.