The timing of the advertisement is no coincidence. March and April are the months when deposit balances swell temporarily with tax refunds.

The Duke Energy rate is pegged at 0.25% higher than the taxable money market average, though that benchmark is essentially zero right now (2 basis points last week). So, it’s hard to know whether this is a promotional rate that could decline to 27 bps in the near future, of if Duke Energy will keep it above the highest bank rates. That will likely depend on how much money they attract.

Bottom line: Banks have been competing for deposits with non-insured money market vehicles for decades. So, this isn’t a new threat, nor one that you are going to lose sleep over. But it could become a material issue if more non-financial companies target the retail saver. 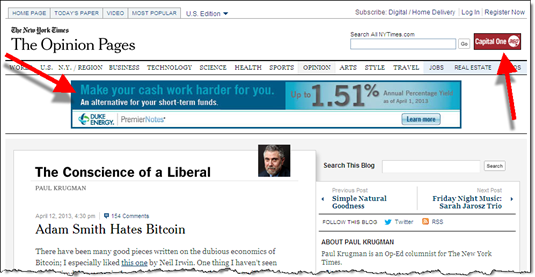 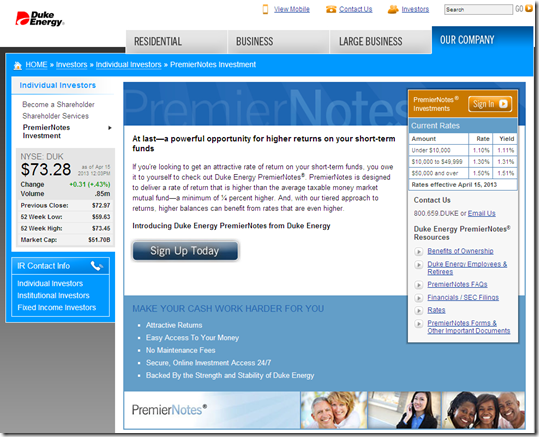