One of the competitors in the bill management space, doxo, announced that it had raised $3.5 million in new funding just before the holidays. The additional capital brings the Seattle-based startup’s total to $19 million.

doxo makes it easier for businesses and consumers to move toward more efficient, paperless financial management processes. The company includes Jeff Bezos and Open Table CEO Thomas Layton among its investors, and its cloud-based document storage and online payment system has been compared favorably to PayPal. Among doxo’s customers are AT&T, Sound Community Bank, Puget Sound Energy, as well as the State of Washington. 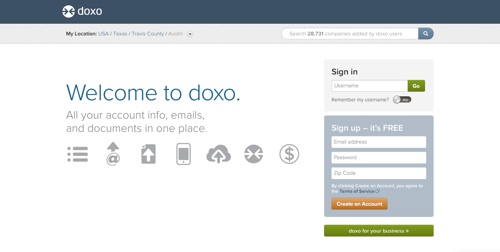 Additional investors include Mohr Davidow and Sigma Partners. doxo CEO Steve Shivers said that the additional funding will be used to help “accelerate growth” in 2014. Shivers co-founded doxo with Mark Goris in 2008.
doxo demoed its technology as part of the FinovateSpring 2011 show in San Francisco. See the company’s presentation here.