This year I also noticed a trickle of activity on Cyber Monday as well. It’s probably better than Black Friday for online/mobile campaigns. Better yet, use the approach of Visions FCU (screenshot 2 & 3) and use the entire weekend to maximize the impact. 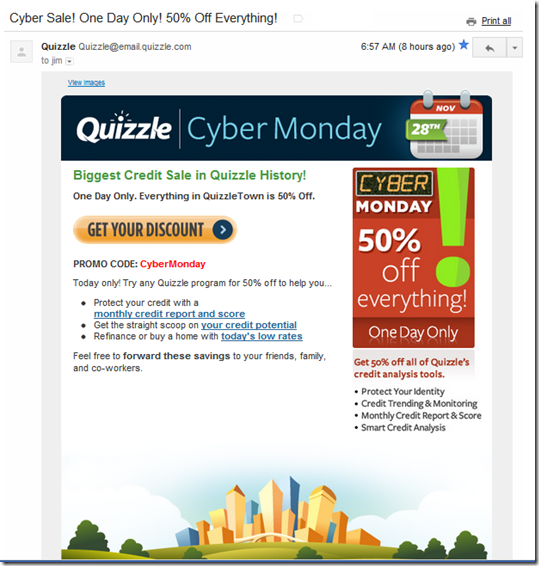 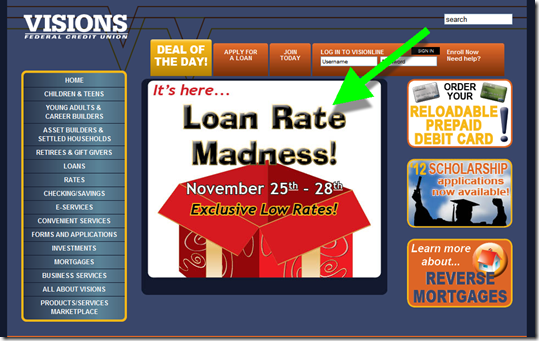 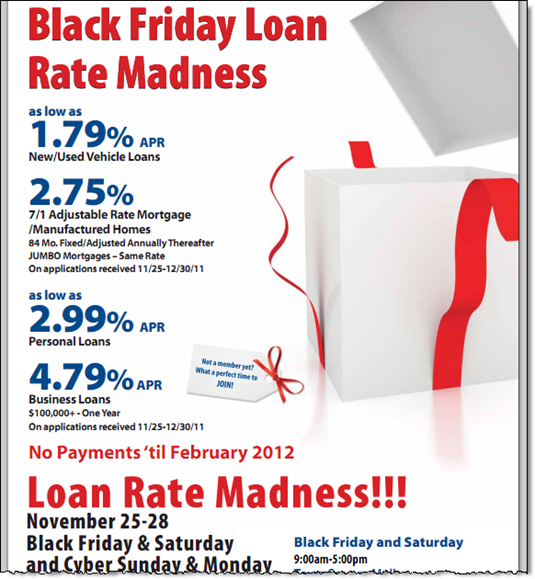 Notes:
1. ING Direct was at it again with seven offers over the Thanksgiving weekend (Deposit Accounts has the full rundown). However, the specials did not extend into Cyber Monday.
2. 1st Financial Federal Credit Union ($210 million, Wentzville, MO) and Heritage Community Credit Union ($200 million, Sacramento, CA) offered loan deals on Black Friday according to CreditUnionsOnline.com