A big hire for Continuity Control as the “compliance-as-a-service” company announced earlier this month that Peter Rawlinson would be taking the helm as Chief Marketing Officer. 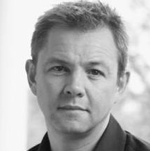 Rawlinson had previously been a marketing specialist for AppSense, serving as the company’s VP of Marketing for six years and as Chief Marketing Officer for another year and a half. Before AppSense, Rawlinson spent more than four years as VP of Product Management for OpenText.
Continuity Control specializes in making it easier for financial institutions to meet their regulatory and compliance requirements. The company refers to its technology as a “pre-programmed Universal Remote” that helps banks and credit unions organize and stay ahead of increased government oversight and combat rising compliance costs. Continuity Control’s solution automates the much of the compliance process to make sure the that everything from annual oversight to periodic review is on point. 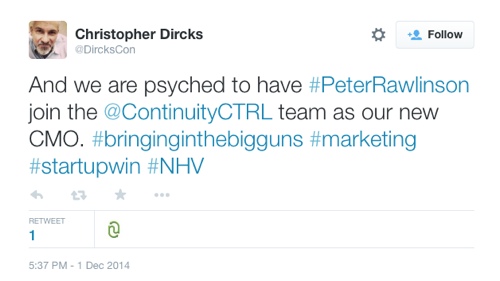 Continuity Control was founded in 2008 and is headquartered in New Haven, Connecticut. Andy Greenawalt is founder and CEO. In August the company announced raising $10 million in new funding. In June, Gartner named Continuity Control a “2014 Cool Vendor in Services” for its automated compliance management system for small banks and credit unions.
Continuity Control demoed at FinovateSpring 2010.