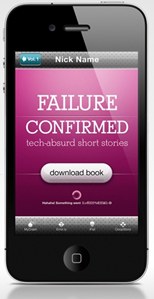 While digital delivery is pretty stable these days, every business has the occasional service interruption, slowdown or hiccup. Even when inconvenienced, most customers are tolerant if you do a good job of communicating during the crisis.

So, what do good communications look like? It depends on the problem of course, but standard tools include:

Choosing the medium is the easy part. Crafting the content is much harder. Make sure you cover the basics:

1. Concise explanation of the problem and who felt the impact

2. Apologize for the inconvenience

3. Details of what is being done to fix it

4. Timetable for a fix

5. Where to look for periodic updates to above

Anecdotally, most financial institutions do pretty good on this scale, hitting three or four of the six. But few get them all.

The most recent example of a service glitch in my accounts came from Capital One 360 (formerly ING Direct USA) a few days ago (note 1). As you can see from the screenshot below, they did a good job of owning up to the situation, providing a special email address for questions, and keeping the message short and sincere. That said, the bank failed to explain the problem, its severity and who was affected. And, inexplicably, they forget the A word, as in “I apologize.” But overall, I’ll rate this a B or B+ in glitch response.

I have a mortgage at Capital One 360 and had no idea there was a problem until I got the message (even Google doesn’t know, according to my recent search). So naturally, the first thing I did was log in to my account. There I found no message or indication that anything was amiss. That was reassuring, but now, I’m triply irritated and slightly concerned that I may have been scammed.

So I used the special customer service email address provided in the customer email (the only contact option provided) which easily could have mitigated my negative feelings. But it’s been 33 hours, and I’ve yet to receive a response (not even an automated reply), so that’s not making me feel any better (note 2).

Bottom line: The Internet (and mobile) gave us the gift of an instant, and virtually cost-free, direct communication line to customers. Use it wisely. 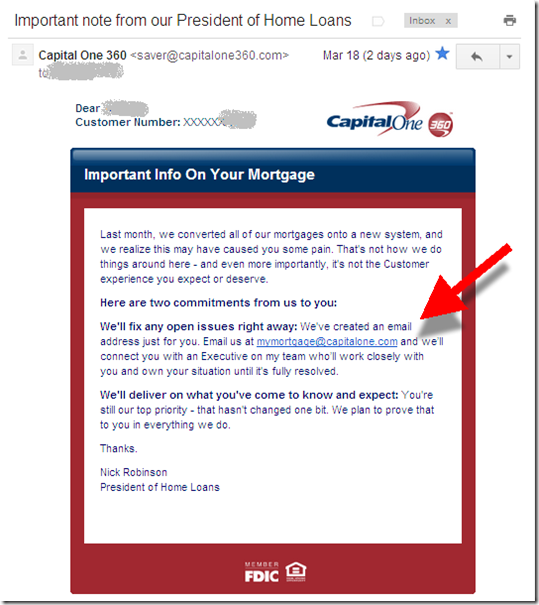 Notes:
1. Capital One (and ING Direct) are better than most in the communications area (this one for example) and I’ve never had any complaints during my three years as a mortgage holder. So I apologize in advance for using them to illustrate this post.
2. The original message was sent to Capital One at 11:20 AM (Pacific) on 20 Mar 2103. Perhaps my email never made it through. Or maybe it’s in their spam folder. It’s a sample of one, so you can’t read too much into it.
3. We’ve tackled remote banking customer service and messaging a number of times in previous Online Banking Reports. The last one was Live Help published in 2011 (subscription).