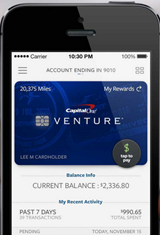 I’ve used Capital One’s credit card fairly actively for the past 4 or 5 years. And they’ve rarely, if ever, declined a charge (and there has never been any fraud on the card). The last fraud message I can find in my email was in December 2011 (see last screenshot). But apparently our travel combined with extra holiday spending finally caused the banks’ fraud system to flag our account, rejecting a $100+ Target purchase a few days after Christmas.

I have Capital One’s mobile wallet installed which pushes near-real-time notifications to the lock screen (iOS). I did receive a notice I’d been declined, but no word on why or what to do about it. But luckily the issuer’s email system handled that task admirably. Within a few hours I received an excellent email detailing the five most recent charges, and providing a simple "all clear" button that was clickable within the email, a major improvement over issuers who merely tell you there is suspicious activity and make you call or login to find out the details.

This is the best suspicious activity notice I’ve ever received. Typically, I receive message similar to Capital One’s "old" version imploring me to call the bank (see last screenshot). However, there is still room for improvement, especially in the reporting process.

As much as the fraud folks desire a concrete yes/no answer, the real world is often full of gray areas. In this case, I was sure that I’d make all these transactions, but often that’s not the case. Sometimes you don’t recognize a merchant or your spouse may have made the charge or you simply don’t recognize something you may have authorized a while ago. There needs to be a third option here, "I’m not sure." Furthermore, when faced with a list, users should be able to address each transaction individually.

In my case, clearly the Target purchase triggered the red flag. It was a large amount, I rarely shop there, and I’d just flown 2,000 miles from my previous transaction the day before. In reality, the other transactions were pretty meaningless to the fraud detection algorithm. Even if I couldn’t remember one of the previous four routine transactions, Capital One wouldn’t have wanted to shut my account down. They’d already lost a few dollars on the declined Target transaction, there was no reason to compound that loss with costly calls to customer service to vet the other transactions.

Finally, I’m not a fan of the web pages presented after clicking on the "Everything’s OK" or "There’s an issue" button (see second and third screenshots). The bank gets points for thanking me for my help, but they forget to apologize for the inconvenience of declining my purchase at Target. It’s pretty embarrassing to be standing at the checkout with a basket full of goods while everyone thinks you are a deadbeat.

The webpage responses don’t go very far it telling me what to do next. Even if I’d given the all clear, I still have questions. Which of the transactions, if any, were declined? Will the declined transaction go through now that I’ve said it’s OK? And how can I avoid this in the future.

And if I did have issues with one or more of the transactions, the only option is to call the bank, and there isn’t even a number supplied. Aren’t there self-service options at this point that could save everyone some time? 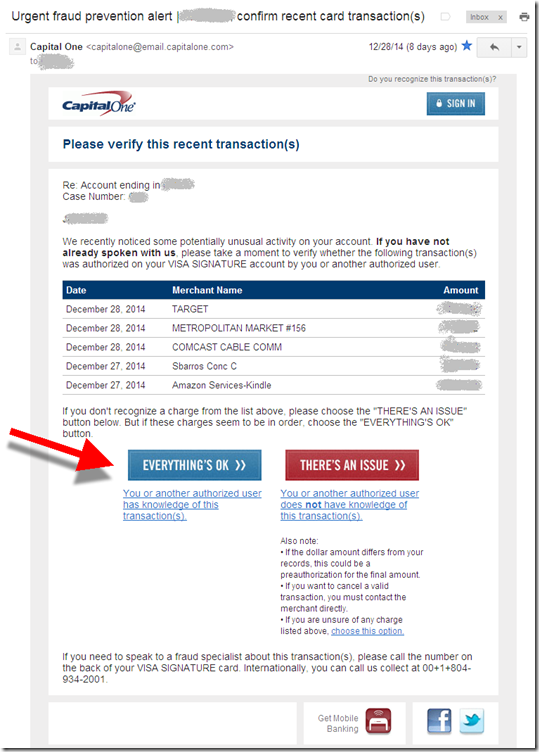 Webpage after clicking "Everything’s OK" above

Webpage after clicking "There’s an issue" above 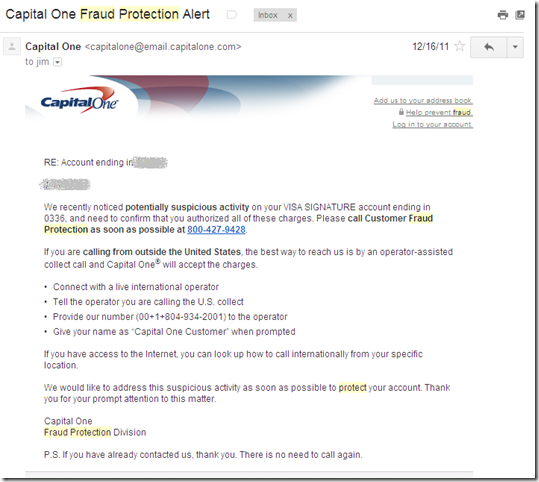