Like most, I’ve been amazed at how fast Zynga was able to build a 250+ million user base for its social games. But I’d never actually played one.

Until now. So make that 250 million and one users, because I couldn’t resist checking up on Capital One’s new product placement in three Zynga games (more on what players could do). The bank’s Facebook page, which has grown to 2.3 million likes, has details on the promotions (screenshot 1).

Although, it appears I may have missed my chance to interact with the CapOne goat, Visigoth statute or a virtual branch (the promo only ran one week), there are still credit card ads and mystery gifts available, at least in Farmville, the only game I tested.

Capital One viral gift & banner ads
Capital One may have ended the in-game elements for now, but they still have a presence in the game. Starting Farmville for the first time, I was greeted by a number of social elements, one of which is sending a Capital One gift (screenshot 2). There is no indication of what the gift actually is. Maybe that’s part of the fun, but it seems like a weakness to me. Am I sending someone a virtual goat or a solicitation for a CapOne card (mystery solved)?

The company is also running banner ads within the game (screenshots 5 & 6). Clicking on them takes users to the usual Capital One pre-approval page within a separate browser window (screenshot 7). Once you land on the CapOne site there is no mention of Farmville.

Discover Card & Citibank bonus offers
Game players are encouraged to buy all kinds of virtual goods. They can earn virtual currency in a number of ways, including using real world cash to buy credits. But users can also earn currency by participating in sponsored activities.

Both Citi and Discover are offering users virtual cash to apply, and be approved, for a credit card. Discover is offering virtual currency worth about $75 and Citi is handing out about $50.

My take: With 250 million users, the large brands owe it to their shareholders to see if they can make hay in Farmville and any other popular virtual world. And I suspect there will be a positive ROI for the right mix of promotion/offer. I have no idea what the magic formula is, but you know the direct marketing wizards at CapOne, Citi and the others will figure it out sooner rather than later (note 1). 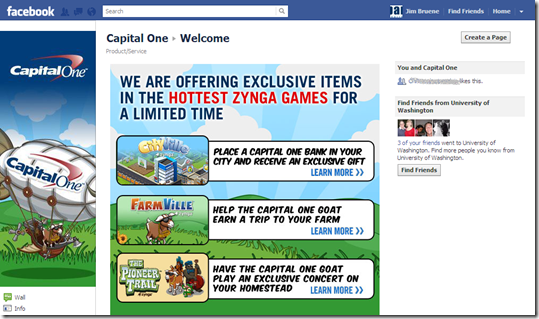 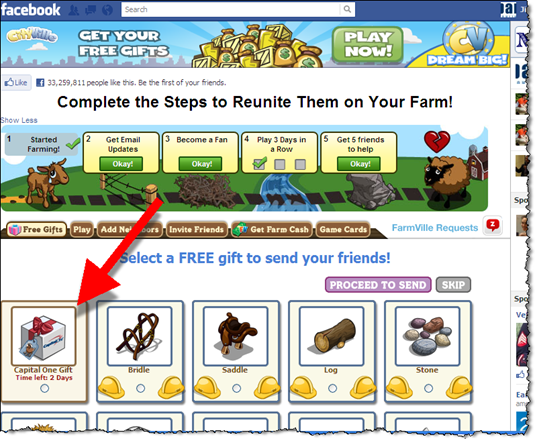 3. Choose friends you want to receive the gift 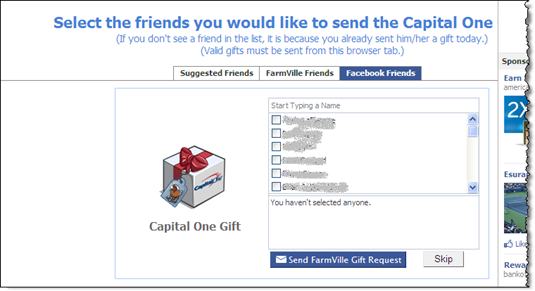 4. Before you send the gift, you have the opportunity to see what the notice looks like to the recipient, and you can add a personal note 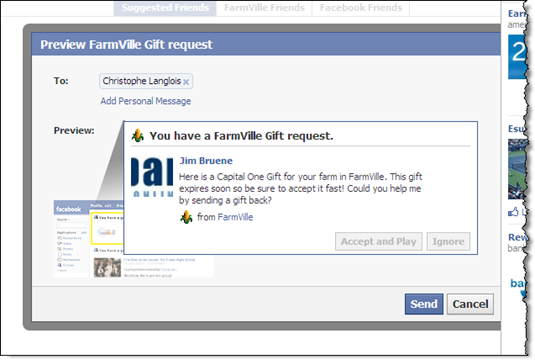 5. When I got back to the game, there was a large Capital One banner
Note: Starbucks promotion in lower right 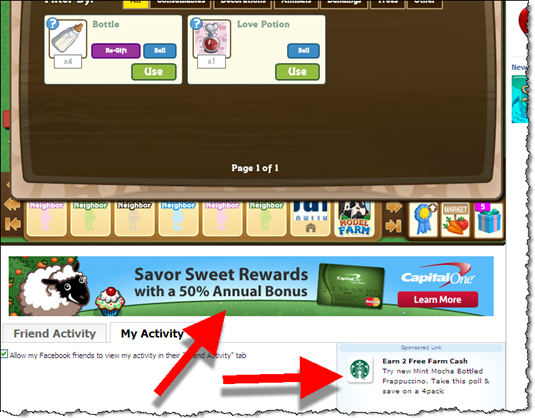 6. Another Capital One banner ad served while playing Farmville
Note: Bank of Internet ad on right 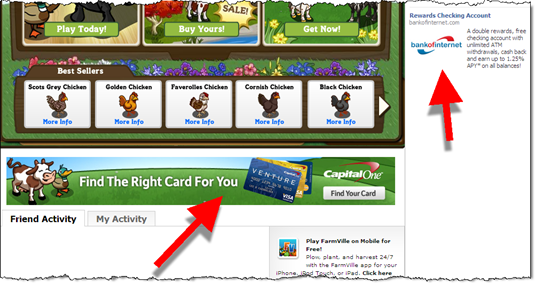 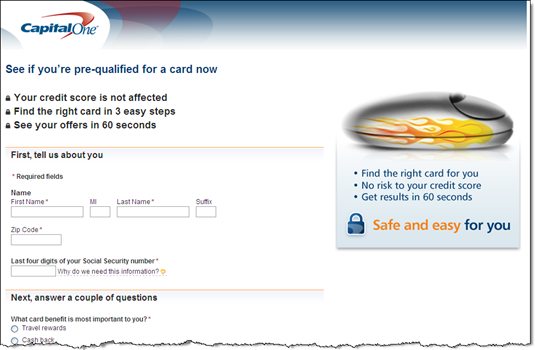 8. Discover Card and Citibank have powerful offers in the "earn cash" area.
Note: Discover offers 475 Farm Cash (worth about $75) for card approval, Citibank 300 (about $50). 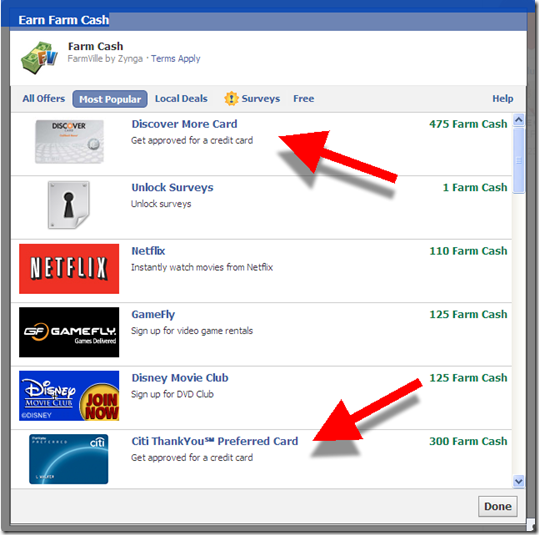 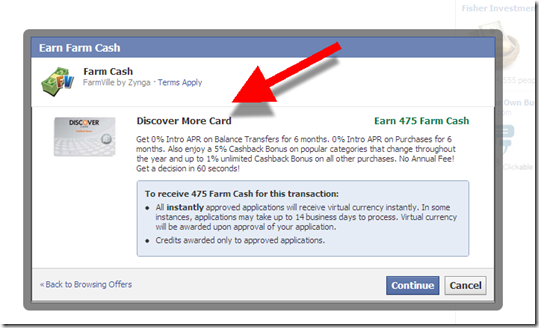 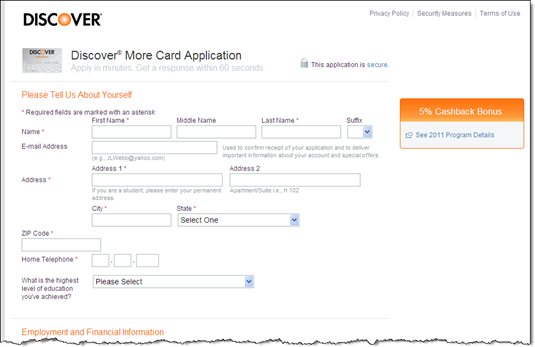 Note: If you are interested in a fictional look at where the commercialization of Internet gaming is headed, I highly recommend Cory Doctorow’s For the Win.