One of my favorite Sunday pastimes is seeing which bank dropped $25,000+ on a front-section full-page Seattle Times print ad. Over the years, there have been fewer and fewer sightings. And usually, it's BofA, Key Bank, or US Bank making the bold print buys in our market.

But today, Boeing Employees Credit Union, or BECU as they refer to themselves now that they allow anyone in the state to join, bought the entire page A10 and used most of it to say:

Shouldn't you profit from your bank rather than the other way around? 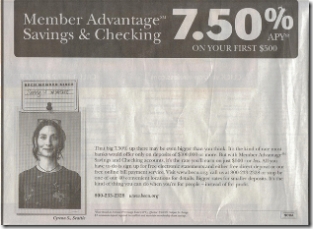 That's an attention-grabbing headline, especially in Seattle with plenty of anti-big-business sentiment. But it won't drive sales unless the CU can back it up with tangible benefits. And it does, with a large reverse-type rate offer for Member Advantage Savings & Checking (bottom section of print ad at right):

Analysis
This is a great approach for going after mainstream consumers. Why? 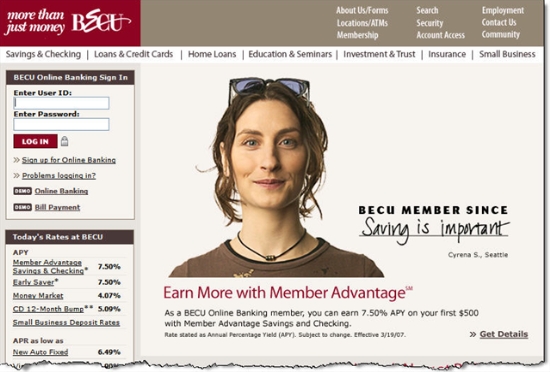 A few areas could be improved, mostly within the Web portion of the call to action: