One of the lasting benefits of the Internet is it’s ability to quickly rally resources. The latest proof point: raising funds for Haitian earthquake relief. The big Internet companies, such as Amazon, Google, Bing, Craigslist and PayPal, post links almost immediately to provide site visitors with a trusted path to donate funds (see screenshots below).

Consumers trust those companies and visit frequently, so it’s a great way to raise awareness and funds. But there’s another group of Internet powerhouses that historically have not participated in Web-based fundraising: financial institutions.

Even during the New Orleans flooding in 2005, we found only three top-50 banks linking to the Red Cross. It’s not a whole lot better this time. But one major bank, Citibank, has a homepage link to earthquake relief (screenshots below). Also, we found two other top-50 banks with homepage links: Astoria Federal and Webster Bank (see screenshots below). None of the largest 10 credit unions had links up on Saturday.

Several major banks, such as Wells Fargo and Chase, have homepage references to their own donations, but no way for their customers to participate directly. 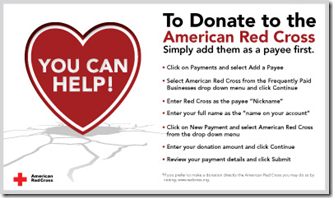 Another welcome addition to bank-enabled fundraising was launched by Online Resources just two days after the earthquake hit. The bill-pay provider created banners and splash pages for its clients to use in publicizing the availability of bank bill pay for use in donating to the Red Cross (see inset right and top of the page; link to ORCC page with examples).

As of Friday, ORCC had commitments from about 10 clients to participate in the effort.

It was also interesting to see the role mobile is taking in the current crisis. Websites and television networks have done a great job publicizing a simple way to donate $10 to the Red Cross: text “Haiti” to the shortcode 90999. Once you authorize the transaction via a return text message, $10 is automatically added to your mobile phone bill. The service is powered by mGive, a nonprofit based in Colorado. In a Friday blog post, the organization said $8.5 million had been raised so far, a number likely exceeding $10 million by now. 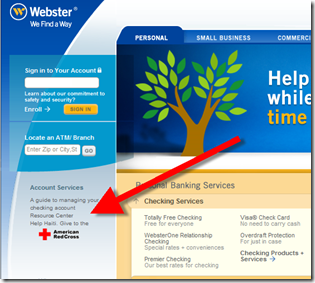 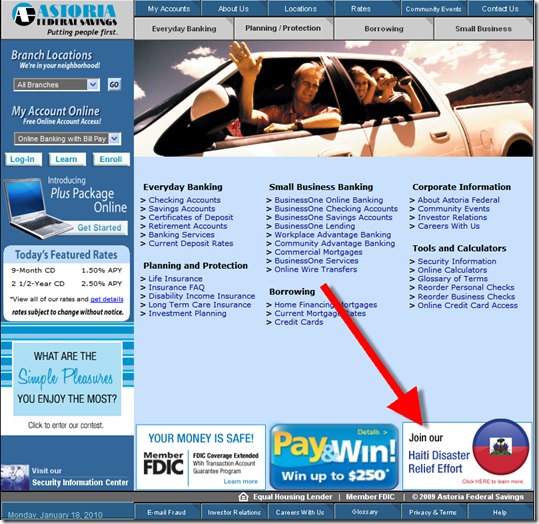 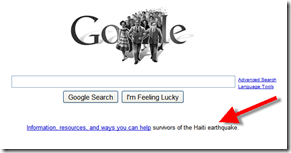 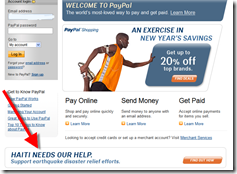 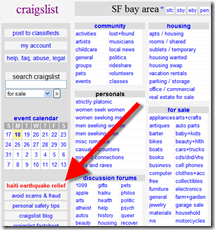