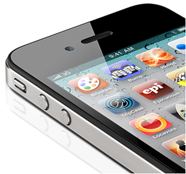 This is a followup to last week’s 30 most popular iPad apps. Unlike the iPad, most major financial institutions have had an iPhone app for a year or longer. So the most-popular list reads pretty much like a who’s who of U.S. banking.

Methodology: Using an iPhone in the late afternoon today, I accessed the Free apps in the Finance category of the Apple App Store and sorted by “Most Popular.” I included apps only from U.S. financial institutions or from third parties that tap directly into financial institution data using account aggregation (e.g., from Yodlee, CashEdge, etc.). Pure content apps, like ING Direct’s ATM Finder, were not included even if from a financial institution.

Note: The first column below is the rank among all financial institutions (as defined above). The second column in the app’s rank within the entire App Store “finance” category. And the third column is the rank of that company’s iPad app, if they have one.