Recently highlighted by The Wall Street Journal as a top online tool for retirees, True Link has raised $3.4 million dollars in a round led by an atypical fintech investor: Cambia Health Solutions.

Also participating in the round were Collaborative Fund, Generator Ventures, and Kapor Capital. 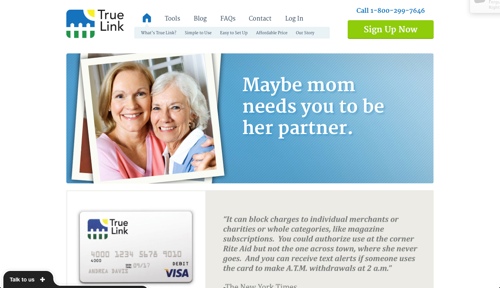 The investment is the first significant infusion of capital for the True Link. Founded in February 2013 and based in San Francisco, the company debuted its True Link Prepaid cards at FinovateSpring 2014. CEO Kai Stinchcombe introduced the technology as a way to help prevent elder Americans from financial exploitation, fraud, and abuse, while still ensuring seniors can have an active financial life.
As reported in Techcrunch, Stinchcombe finds Cambia’s relative lack of Silicon Valley cred to be a feature rather than a bug. He credits Cambia’s “strong thesis around aging” as a major synergy compared to other potential investors whose focus may be more youth-culture oriented. 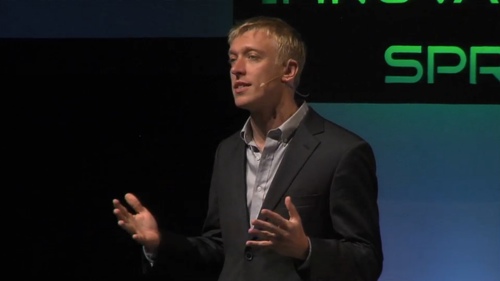 (Above: True Link CEO Kai Stinchcombe at FinovateSpring 2014)
The company plans to use the capital to look into protecting other consumer assets such as credit scores.
True Link’s technology consists of a prepaid debit card with a variety of safeguards. The cards can be set up to block transactions at certain stores or certain categories of items or even certain types of transactions (i.e., no online transactions). It can also be used to establish spending limits, and to send alerts whenever a transaction threatens to breach them.
The service is $10 a month. Cards can be funded from a bank account or direct deposit, and True Link says the process takes less than five minutes to set up.