Two years ago the above headline would have sounded suspiciously like an April Fool’s post. But it’s no joke, we really are seeing banks offering no-login options and I hope it spreads. The latest innovator: Bank of the West.

The bank also increased its mobile presence with Android and iPad versions.

The initial results are impressive. In less than two months, Bank of the West has had a 70% increase in active mobile users and a tripling of logins per day. And that was before the bank began pushing it last week (see website screenshots below).

Bank of the West pioneers no-login option in USA
Bank of the West is the first U.S. bank with a no-login mobile balance lookup option (see others who have it here). After it’s been enabled, users can simple pull down the logo at the

top of the home screen. Within 1 to 3 seconds (depending on connection speeds), the balance from up to two accounts is revealed at the top of the page.

Requiring users to swipe before showing the balance provides a nice mix between privacy and usability. It is super simple to use, yet it leaves your balance "hidden" if your kids, or friends, pick up your phone.

Since, no-login lookup is basically the same as an SMS balance inquiry (something the bank already offered), the bank’s security folks were able to approve it. Naturally, it’s turned off by default. Users must enable it within mobile banking, something that about 5% of mobile users have done in the first month or so. 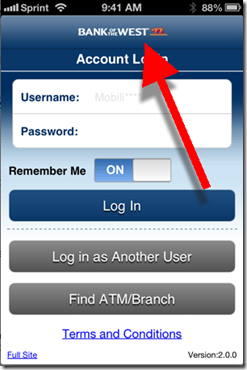 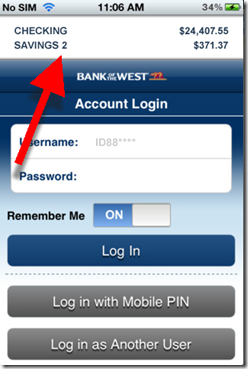 Bank of the West’s homepage has strong mobile branding (1 April 2013)
Note: Surprisingly few banks or credit unions have elevated mobile banking (or online banking for that matter), to the primary navigation 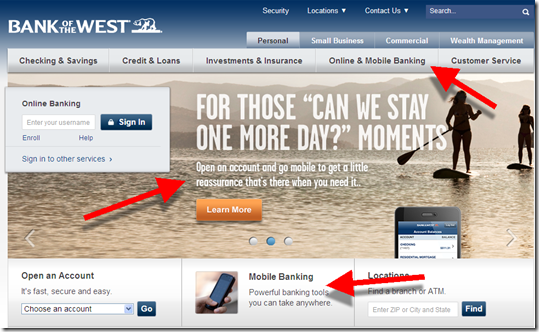 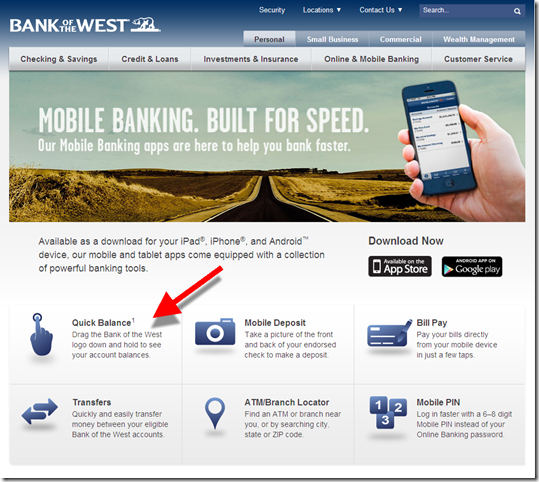 Note:
1. Matt Krogstad was an early employee at M-com, which Fiserv acquired several years ago. He was involved in biz dev at Fiserv until his move to Bank of the West a year ago.