Bank of America has been making the rounds with the press touting the runaway success of its mobile banking solutions. Major stories ran in American Banker and The Wall Street Journal this week.

Several other interesting stats from BofA: 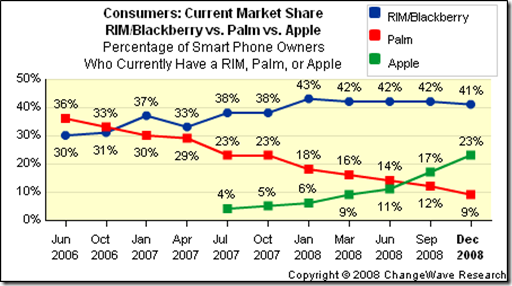 Notes:
1. See our latest Online Banking Report: Online & Mobile Forecast for more details.
2. The 23% figure does not include iPod Touch.
3. One other bank provided its usage numbers to the WSJ: Mississippi’s BankPlus reported 4,000 users with 60% of the usage (2,400) coming from iPhone users.
4. That number doesn’t seem all that surprising. You’d expect new customers would be somewhat more likely to sign up for new delivery channels than the existing base. And given typical banking churn, 10% to 20% of a bank’s customer base are new every year.