With a growth rate of 500% per year and a vision to serve 4 billion underbanked individuals across the globe, Kreditech has a lot on its plate.

Fortunately, the Hamburg-based company announced today it acquired Kontomierz for a “seven digit amount plus Kreditech shares.” The actual amount is undisclosed.

“With its technology Kontomierz enables us to get unique data in real-time. Our subsidiary companies will hence provide an even better banking service to a bigger target group, the unbanked and the underbanked individuals. A perfect marriage, indeed.”

The 16 Warsaw-based Kontomierz employees will now work as a group within the Kreditech organization. 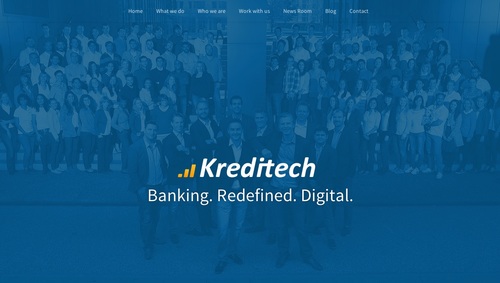 Kreditech launched in 2012, and since then has served two million customers across nine countries. The following inforgraphic displays the company’s impressive growth:

Kreditech demonstrated its Kredito24, K24, and Zaimo products at FinovateSpring 2014. You can check out the demo video here.