Forgive me for being a Finovate fanboy. But when Apple unveiled its Apple Pay technology last fall, one of my first thoughts was about Finovate alum and digital mobile wallet innovator, LoopPay.

Arguably the biggest mobile payments news since the Apple Pay announcement, Samsung has purchased LoopPay, for an undisclosed amount. LoopPay, which took home Best of Show honors in its debut demonstration at FinovateSpring 2014, has leveraged its expertise in magnetic stripe technology (MST) to produce a secure, non-NFC-based, mobile payment solution. With Samsung’s acquisition, the technology will likely become one of the major competitors to Apple Pay. 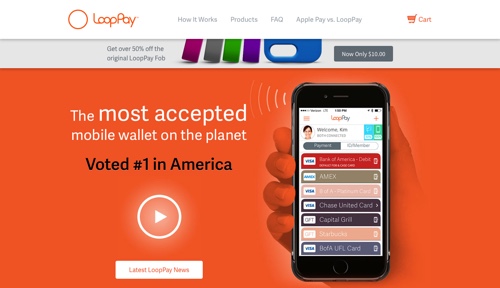 Writing at the LoopPay blog, said the company would become a “wholly owned subsidiary of Samsung Electronics America” and will continue to “innovate and operate” out of its Boston, Massachusetts headquarters.
For its part, Samsung talked about LoopPay as helping Apple’s biggest hardware rival build “the smartest, most secure, user-friendly mobile wallet experience.” An alliance between Samsung and LoopPay had been rumored since December, according to this reporting from Gigaom. And a major investment last summer also helped raise LoopPay’s profile – and hint at the technology’s potential for wider acceptance. 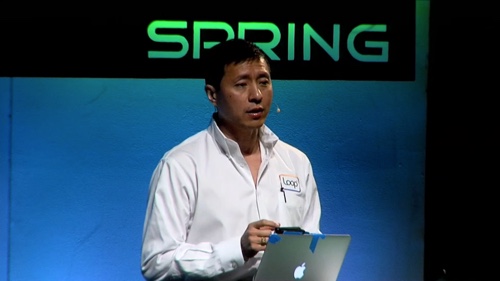 You know you’re a Finovate fan when you skip over the report that Visa and Apple are talking just to get to the news that Visa has made an investment in mobile wallet innovator, LoopPay.

In a statement, LoopPay CEO, Will Graylin said he was “thrilled to have Visa as a partner and investor.” Visa SVP of innovation and strategic partnerships Jim McCarthy praised the company’s technology, particularly the fact that merchants can accept payment via LoopPay using their existing point-of-sale infrastructure.