In what amounts to almost double its previous funding round, Betterment has pulled in $60 million in VC investment. The series D round was led by Francisco Partners, a technology-focused private equity firm. Existing investors Bessemer Venture Partners, Menlo Ventures and Northwestern Mutual also contributed.

The new installment boosts Betterment’s total funds to $105 million and will be used to speed transactions and rollovers for its 65,000 customers, as well as enhance branding for advisor apps and services.

According to the Wall Street Journal, Betterment is now valued at $400 to $500 million. In comparison, competitors Personal Capital and Wealthfront are valued at $250 million and $700 million, respectively.

In a conversation with Investment News, Betterment CEO, Jon Stein, stated, “We didn’t need to raise the money today,” He says it still has $20 million in the bank from its last funding round. However, he goes on, “We’re getting a lot of interest from investors.” 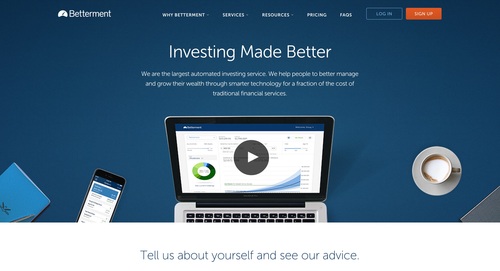 Betterment, which manages about $1.4 billion in assets, fits in the “robo-advisor” category; it seeks to disrupt the wealth management space with specialized algorithms and tools that use automation to lower the cost of a personal advisor service. CB Insights reports that robo-advisors raised a cumulative $290 million in funding last year, double the amount raised in 2013.