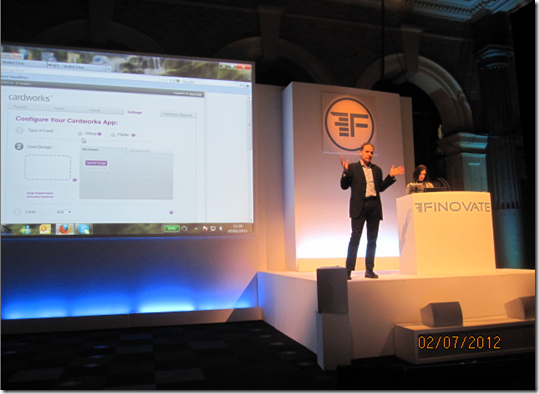 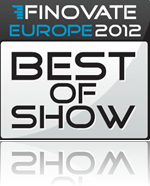 At Tuesday’s second annual FinovateEurope, 35 companies laid it on the line within the grueling 7-minute demo format plus a day of networking in the old London fish market on the Thames.

For the first time ever, and much to our astonishment, every demo finished at or under the time limit. Thankfully, we never had to hear the bell signifying that time is up.

At the end of the last demo, eligible audience members (note 1) voted for their three favorite demos (note 2). All 35 companies received votes (employees of presenting companies cannot vote), but four stood out in the vote tally (alphabetic order): 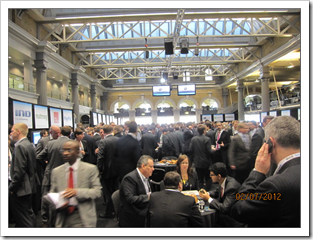 Dynamics and eToro are previous Best of Show winners. You can read our live blog posts on each demo now. And in two or three weeks we’ll have the full demos available at Finovate.com.

Thanks to everyone who attended and presented. We are truly humbled by the support from the European financial community, and we are already making plans for the 2013.

Notes on methodology:
1. Only audience members NOT associated with demoing companies were eligible to vote. Finovate employees did not vote.
2. Attendees were encouraged to note their favorites as the day went on and choose three favorites only from the demos of that day. Ballots were turned in at the end of the last demo session each day.
3. The exact written instructions given to attendees: “Please rate (the companies) on the basis of demo quality and potential impact of the innovation demoed. Note: Ballots with more than three companies circled will not be counted.”
4. The four companies appearing on the highest percentage of submitted ballots were named Best of Show.